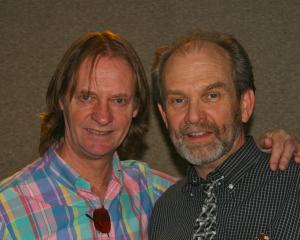 Young voices from the Phoenix area on 89.5 K-Bach! April 14th’s From the Top program at 7:00pm was recorded live at the Mesa Arts Center on February 19th. Performers from the Valley of the Sun included the Phoenix Children’s Chorus, which has members ranging from eight to eighteen years of age. The Phoenix Children's Chorus has grown from one group of just 35 members, to its current seven choirs, with over 300 children.

In 2006 a quiet uprising began in a San Francisco café…a group of musicians banded under the banner of Beethoven, Haydn and Shostakovich with one goal in mind: break down the traditional barriers o